No items found.
Click here to visit Donate page.
Product is not available in this quantity.
Worship with us Sundays
9:00 am and 6:30 pm 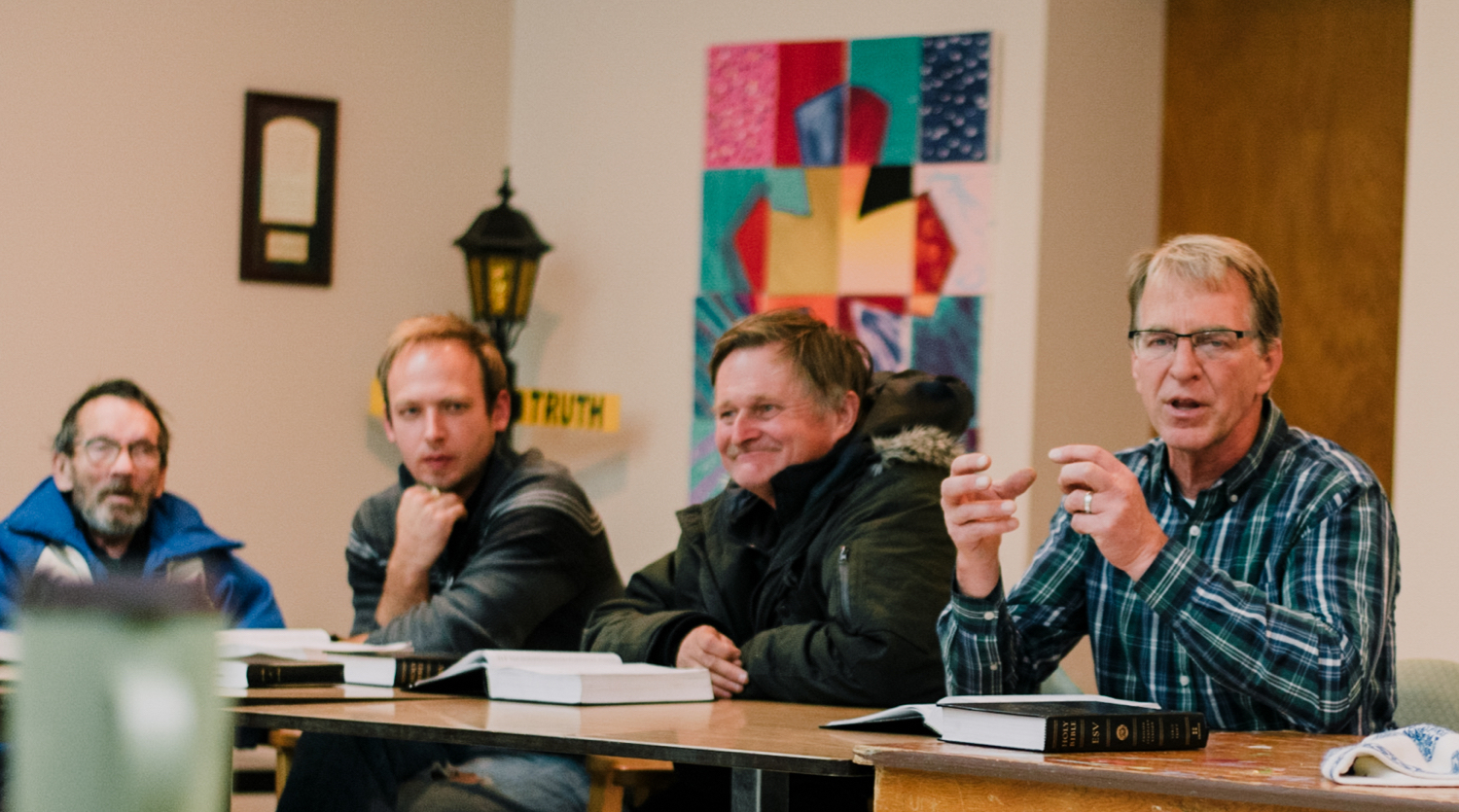 We are a welcoming congregation located in downtown Hamilton 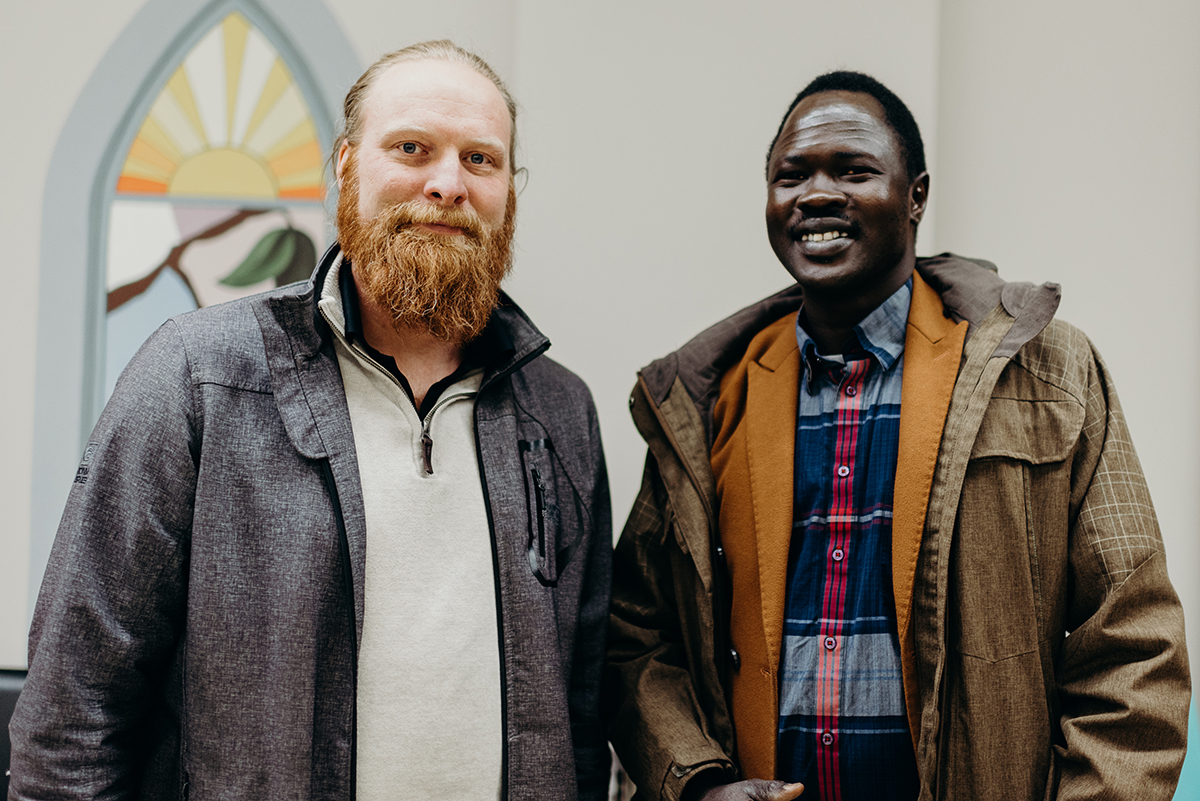 We are a diverse group of believers

We seek to worship God faithfully, grow in faith and holiness, and bring the good news of salvation to our neighbours. We meet together twice on Sundays to worship God, and also host programs throughout the week where adults and children meet with their peers for in-depth studies and times of fellowship. Our work is supported by Canadian Reformed and United Reformed churches.

We believe in the One True God

The Holy Bible is the word of God. It is completely reliable and trustworthy and reveals all that we need to believe in order to be saved. It tells us that God created the universe and everything in it. He created humans in His image, but we fell into sin, which has separated us from God. Jesus Christ sacrificed Himself on the cross to rescue us from the power of sin. Salvation is given to all who believe that Jesus is their Saviour and repent of their sins. We are unable to do this without the work of the Holy Spirit, who lives in our hearts and strengthens, guides, and motivates us to believe in and to live for Christ. 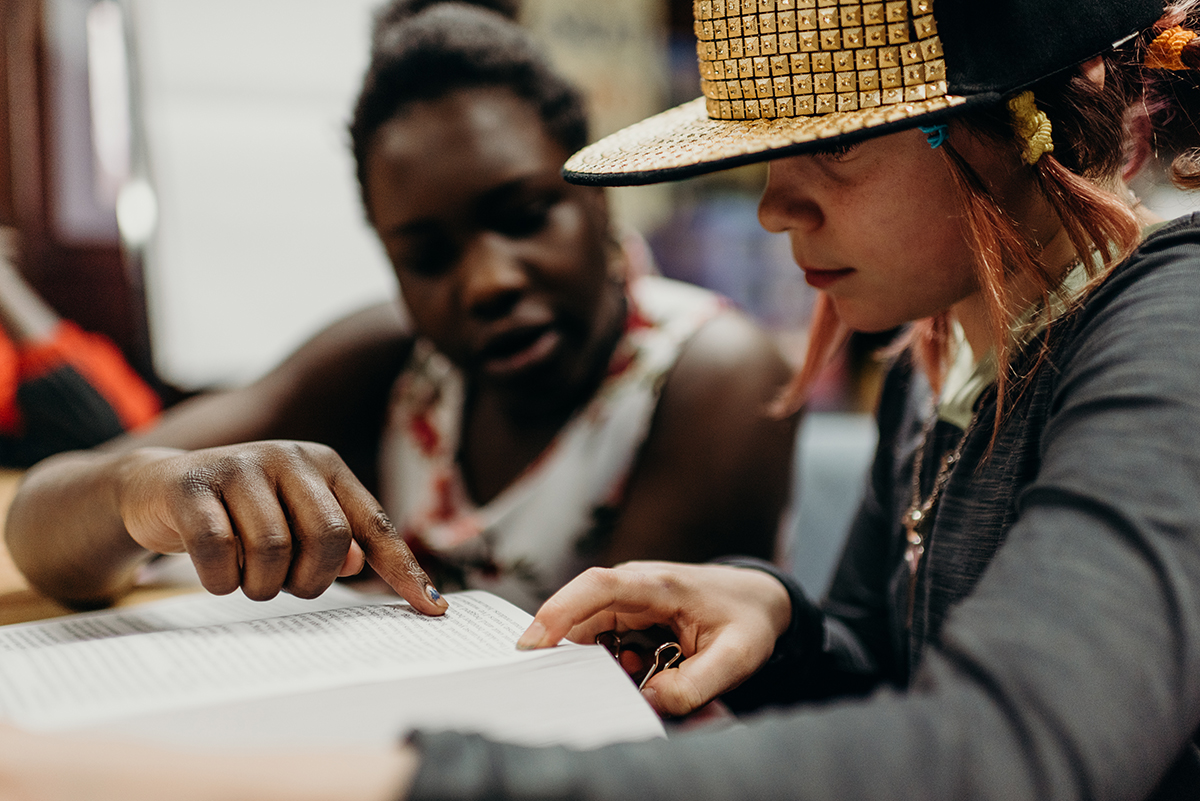 To proclaim Christ so that God might bring together believers who reflect His love through worship and service.

Our city restored to its Creator through the Redeemer.

Support Streetlight in bringing the gospel to downtown Hamilton

From early grade school, Pastor Paul wanted a job where he would introduce the gospel to people. So after high school he attended McMaster University for his Bachelor of Arts and the Canadian Reformed Theological Seminary for his Master of Divinity, both in Hamilton Ontario. He served for 18 years as a pastor in the Canadian Reformed Church of Grand Valley Ontario before coming to Streetlight Ministries as a missionary in 2006. Working at Streetlight is fulfilling a long-held dream, as well as God’s plan. There are many things that he loves about Streetlight, but his favourite activities are to preach the gospel on Sundays, teach reformed doctrine to youth and new members, and meet people to introduce them to Jesus Christ. Downtown Hamilton, and especially the Beasley neighbourhood, is a great place to do these things. In his spare time, Paul and his wife Evelyn enjoy camping and canoeing in the summer, and snow-shoeing and cross-country skiing in the winter. He considers himself very blessed to have five children and a growing assembly of grandchildren.

After attending a Service Week trip through Campfire Bible Camp while in highschool and having the opportunity to meet members of the Streetlight community and serve on the property, Danielle was amazed by the work God was doing in downtown Hamilton. Following that, friends invited her to serve alongside them at the Kids Club and Kingdom Seekers programs. She was also able to volunteer with the teen girls club of the Waterdown chapter of Youth for Christ. These experiences led her to pursue a job at Campfire Bible Camp, after which she was hired to cover a maternity leave at Streetlight. Danielle became a member at Streetlight soon after and now divides her time between covering the maternity leaves of her female co-workers, working as a part-time waitress, and enjoying life downtown with her husband, Tyler, and their two cats. She loves serving the children and youth of the Beasley neighbourhood and feels blessed to belong to such a loving, faithful, vibrant church family.

For over ten years Erik served the Streetlight community as a volunteer and in the church leadership. In 2014 he and his family said goodbye to Streetlight and joined Rehoboth United Reformed Church in suburban Hamilton, where he took on the job of Outreach Director. Erik loved this job, but within a few years he felt the call to return to Streetlight. He joined the staff as a Youth Worker in the spring of 2017. In his youth he would have never dreamed of pursuing work in urban ministry. Erik grew up in rural Niagara, but when he attended McMaster University he grew to love urban life and specifically the City of Hamilton. He earned his B.A. (Hons) studying social geography topics such as urban renewal and community planning. His love for the city slowly merged with his growing involvement in outreach ministry (which was largely due to his wife’s long-time involvement at Streetlight). Now, Erik enjoys working with youth in the downtown of Hamilton, sharing the Good News of Jesus Christ with any one he meets, and teaching young people that life in Christ’s Kingdom is possible, enjoyable and comforting. He and Tracy Lynn have four children and live in the Stipley Neighbourhood.

Tracy was first introduced to Streetlight as a high school volunteer at Girls Club. In 2004 Tracy was hired as a Youth Worker and began developing children and youth programs and connecting with the neighbourhood. For over 15 years she has worked with youth and families in the Beasley neighbourhood and surrounding area. In that time, Tracy and her husband Erik have had four children who have grown up in the unique community at Streetlight. Her training at Sheridan College for Early Childhood Education and her many years of experience as a Youth Worker has developed into the position of Youth and Family Support Worker at Streetlight. In this role Tracy helps empower people to make positive life choices, maximize their potential, and draw closer to God. Every week is a new adventure at Streetlight, but through it all, Tracy sees God’s providence and love shine through.

Prior to becoming program director in June 2016, Arlene volunteered for seven years with the weekly Life Skills program for women. Developing relationships is the cornerstone of Streetlight’s mission and Arlene enjoys meeting the many people who love the Streetlight community, whether it is at church services, through a program, or when they stop by for assistance and a chat throughout the week. She has learned that there is much need and work to do in the Beasley neighbourhood, not only to meet the basic and material needs of our neighbours, but more importantly, to share the gospel with them. Arlene is excited to witness the blessings that God has given this community through the many points of contact Streetlight has with the neighbourhood. It is her prayer that Streetlight continue to be a beacon of light and hope in Beasley. Arlene resides with her husband Craig and 2 children in the Caledonia area.

Brandie has a heart for the people in downtown Hamilton since she lived in the neighborhood as a young girl. She is eager to become reacquainted with the people in the Beasley neighborhood as she has taken up the position of Administrator for Streetlight. Brandie’s career background includes administration, bookkeeping and teaching in Special Education. She looks forward to using this experience in the new phase of her career. Working at the Streetlight Centre has provided her with an excellent opportunity to share the good news of the gospel and participate in conversations that will challenge, build, and strengthen her faith in Christ. Brandie is excited to be a part of the mission of Streetlight to share the hope of the gospel in the neighborhood that we serve. Brandie recently married Eric Degelder and the 2 of them happily reside with their two cats in Dundas, Ontario and are members of Ancaster Canadian Reformed Church.